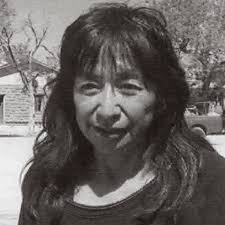 Faye Quandelacy is quite humble regarding her own exquisite talents as a carver. She seems completely oblivious that her work is sought out internationally among collectors and galleries alike. Faye is perhaps one of the greatest Zuni carvers and among the most well known in the Zuni Pueblo. Her influence has been significant with the other carvers in her family- Andres, Sandra, Stewart, and Georgiana - as she taught them what she learned.

Faye started to carve at an early age and later studied at the institute of American Indian Arts in Santa Fe. She was mentored by Alan Houser, a great Hopi sculptor. As such, Faye created her unique style which blends a traditional Zuni fetish carving with the detailed sophistication she is known. Although her fame is international for her small fetishes, she is most famous for her various corn maidens. Faye depicts variations of the three stages of womanhood in these fetishes. You may find them all together in one piece with the Maiden, the Mother, and the Wise elder or as single or double carvings.

The corn maiden is very important in Pueblo Indian culture. Corn is the very symbol of life and used in sacred ritual as well as daily life. The corn maidens, who were created in the palm of the great spirit, bring a seed of corn to sustain generations to come. Faye depicts the wisdom and gifts of the corn maiden through the careful use of stones and shells. Her quality carvings bring much beauty and joy to those lucky enough to have their very own.